I’m afraid this is going to be a short one today. I’ve been busy this week and haven’t had as much time as I usually do to devote to reading blogs and engaging in media in general. But I did happen across a few cool things I wanted to share.

Too Smart for Kids: A Promise to the Readers of Fairyland by Catherynne Valente – Because books should be challenging and reading for kids is an act of discovery. Yes, yes, yes.

Vocabulary  by Christie Yant – Discusses the joy of learning new vocabulary while reading. I’m lazy and often try to glean the meaning of a word I don’t know from context alone. Since a Kindle has been added to my life, I can look up words as I go. My desire to learn new words and my laziness are satisfied.

Using Index Cards to Plan Short Fiction Submissions by Michael Haynes – It’s exactly what it sounds like but I think I need to do something similar if I want to get all these languishing stories off my hard drive and back out into the world.

“An Old Acquaintance” by K.G. Jewell

I finally finished Unholy Magic by Stacia Kane. It’s really a quick read, I was just reading slow, if that makes sense. Super fun and I recommend the whole series so far. I may read the next book in this series, City of Ghosts or maybe something else like Blackbirds by Chuck Wendig. Not sure what I’ll dive into next. Anybody have suggestions?

What have you found this week? Leave it in the comments!

Wow, this week went by fast. Which means that it’s time for my obligatory post about things I found interesting for the week. I just include links to things that came across my Twitter feed or that I encountered throughout the week. It’s not scientific, but hopefully you enjoy some of the stuff I found.

“Magic in the Library” by Sam Webb – Libraries are filled with wonder. I thought this post captured the magic that’s found between the card catalogues and bookshelves well.

“Advice on Advice” by Michael Haynes – This was a guest post on my blog, but I thought I’d link to it here because it’s good to remind ourselves once in a while that not all advice is equal.

“Around and Around the Writer’s Carousel: Comparisons Are Evil” by Me – Yeah, it’s narcissistic to link to my own blog post, but it was my offering to Michael’s blog. It was a fun experiment and it’s likely I’ll be offering (and posting) more guest posts in the near future.

“Tax Me, for F@%&’s Sake” by Stephen King – It’s been said before but it needs to be said again and again by more people of wealth and status. Plus, King’s tone is biting and appropriate for the anger sweeping across the country.

I read a lot of fantastic fiction this week in the Daily Science Fiction email subscription. Of course, I can’t link to those yet. Next week! Other stories I found interesting and fun for the week are included below:

“Dolly at the End of the World” by Amanda C. Davis

Midnight in Paris – I loved this film. I was worried at first it may devolve into pretension, but considering it’s a Woody Allen film, it quickly dismisses (and despises) those with pretentious attitudes and uplifts our everyman artist protagonist, Gil. It wasn’t afraid to be romantic, to delve into nostalgia. Oftentimes, writers are told to dismiss the romantic side of “being a writer” because this doesn’t ultimately help shape your craft. But if heading down memory lane helps you realize something essential about the present and your work, what’s the harm? Plus, the depictions of famous 1920’s authors and artists are alone worth a view .

Unholy Magic by Stacia Kane – Still. Yes, I’m the slowest reader ever. But I’m still enjoying this book a lot. Every scene counts and Chess is a flawed character that you can’t help liking because she reads as authentic. Plus, this entire series so far is fun.

Did you find anything cool this week? Leave it in the comments. I’d love to hear about it 🙂

I'm pretty cool to work with, I promise. Writing, editing, critiquing, SEO-ing. You name it, I can do it. Get a quote. 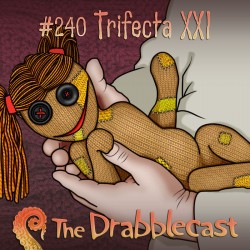 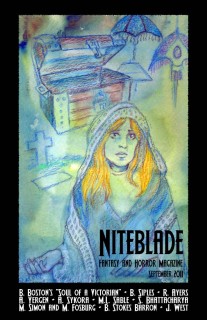